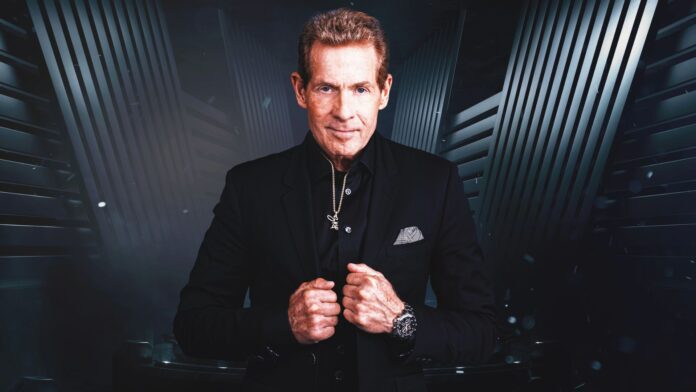 Popular as Skip Bayless, John Edward Bayless II is a 71-years old famous American media personality. He is a well-known sportswriter, commentator, columnist, and television celebrity. Skip Bayless has served as a sports commentator for various sports channels like ESPN2. For quite some days, Skip Bayless has become a hot topic of discussion. He has been trending on top headlines of most news platforms. But why Skip Bayless is trending? It’s Skip Bayless Twitter post that is making the noise.

Yes, you read that right!

In this blog, we have mentioned all details about the Skip Bayless Twitter controversy.

So, without any further wait, let’s begin.

A few days ago, Damar Romeyelle Hamlin who is an American football safety suffered from cardiac arrest on-field during one of the NFL matches between the Bills vs. Bengals.

Damar got unconscious during the NFL game and CPR was administered to him on the spot. The players of both teams were quite in shock and horror. Immediately, Damar was taken to a nearby Medical Center where he remained in critical condition for two days.

The situation was quite stressful and chilling for everyone including football fans, teams, players, coaches, and journalists as all were eagerly waiting for the update on Damar’s health status. Everyone was quite worried and was praying for the speedy recovery of Damar.

However, the sports columnist, Skip Bayless was least worried about Damar’s health. Just 35 minutes after Damar collapsed on-field, Skip Bayless Twitter post made everyone furious at him.

In his Tweet, Skip Bayless raised a question what makes NFL postpone or suspend the match between the Bills vs. Bengals which had yet to be called at that point?

No doubt the NFL is considering postponing the rest of this game – but how? This late in the season, a game of this magnitude is crucial to the regular-season outcome … which suddenly seems so irrelevant.

Skip Bayless Twitter post stated,” No doubt the NFL is considering postponing the rest of this game – but how? This late in the season, a game of this magnitude is crucial to the regular-season outcome … which suddenly seems so irrelevant.

However, just after his tweet, he received a backlash on his social media platform.

Many football fans and players were disappointed with Bayless Twitter post and questioned his humanity. They were so surprised to see that game was more important than Damar’s health for Skip Bayless.

His tweet even annoyed many sports players who gave a befitting reply to Bayless tweet. The American football running back player, Le’Veon Bell called Bayless a sad soul while Cam Taylor who is an American football player called Bayless a joke man. Apart from the above, Isaiah Thomas, Logan Cooke, and Kendrick Perkins were some other famous personalities who responded to Skip Bayless Twitter post.

After receiving a strong backlash from stronger personalities around the world, Bayless made a public apology through a tweet.

His tweet stated,” Nothing is more important than that young man’s health. That was the point of my last tweet. I’m sorry if that was misunderstood but his health is all that matters. Again, everything else is irrelevant. I prayed for him & will continue to.”

Nothing is more important than that young man’s health. That was the point of my last tweet. I’m sorry if that was misunderstood but his health is all that matters. Again, everything else is irrelevant. I prayed for him & will continue to.

As per reports, Damar Hamlin is quite stable now and was discharged from the hospital one week after suffering a cardiac arrest while playing an NFL game.

As per sources, Buffalo Bills safety, Damar Hamlin has returned to his team to play further matches. Meanwhile, a care team in Buffalo will be available to monitor his health status.

Damar is known to be one of the finest and most famous footballer players well-known around the NFL. After he collapsed on the field during the game, many players and fans offered their support and blessings on social media.

The very next day, all NFL teams replaced their profile pictures on Twitter with a picture of Damar’s jersey with a caption that stated “Pray For Damar.”

Damar’s fans were so disheartened after knowing the health condition of their football star that they even gathered outside the hospital where he was admitted after suffering cardiac arrest. As of now, Damar Hamlin is doing well.

That’s all about Skip Bayless Twitter controversy & health status of Damar Hamlin. We just hope you found the article impressive and engaging, for more trending news, stay connected with us.

8 Ways to Get Huge Savings at Macy’s