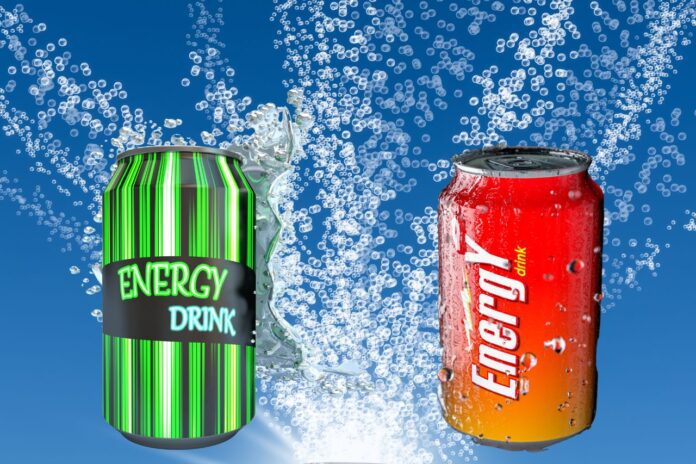 Most times people crave a drink either after a workout or during summer when the weather is extremely hot. A chilled drink has a magically refreshing impact on the body, bringing a welcome sense of relief. You can choose an energy drink to simply restore the energy you burned throughout your workout, or you can go for a chilled refreshing drink. Not because drinking cold beverages is problematic per such, but rather, what kinds of beverages do we typically consume? You can broadly categorize beverages as either carbonated or non carbonated energy drinks.

Carbonated drinks make you feel bloated and gassy, neither of which you want before or after working out. Depending on your taste, there are many different varieties of energy drinks. However, it’s unfortunate that most commercially available energy drinks today are carbonated.  Those of us who can’t handle carbonated energy drinks can breathe a sigh of relief because several companies have made non-fizzy energy ones.

In Addition, the carbon dioxide compound added to carbonated energy drinks gives you chills when you drink them. When this compound is dissolved in water, it’s easy to turn into carbonic acid, which is bad for your health because carbonic acid is bad for your system. Also, it keeps bubbles or gas from escaping the bottle, which acts as a preservative.

But the non-carbonated energy drink doesn’t have carbon dioxide, so it doesn’t give you the same feeling as a carbonated drink.

Why Do Some People Sometimes Go For A Carbonated Energy Drink?

It’s not only that carbonated drinks taste good; they also stimulate the nervous system, making us feel refreshed and ready to take on the day. Energy drinks primarily facilitate increased cognitive and physical performance. The carbonation and caffeine in this drink work together to be quickly absorbed by the stomach and into the bloodstream. Furthermore, it leaves you feeling revitalized and refreshed after each and every sip.

What Are The Best Energy Drinks For Staying Focused?

Many people take energy drinks to help them stay awake and focus. Caffeine, guarana, taurine, and a slew of additional ingredients populate its extensive ingredient list. All of the above-mentioned substances are considered stimulants, meaning they increase mental and physical energy and alertness. The top energy drinks for maintaining concentration are listed below. Remember that we’re talking about the best energy drinks for focus without carbonation.

Monster drinks, a popular kind of best energy drink for focus, are available in both carbonated and non carbonated energy drinks varieties. It’s the non-carbonated monster hydro drink. It has 190 calories and 54g of sugar. It has 160mg of caffeine. Natural flavors were used exclusively. It’s a healthier, more natural alternative to sugary, caffeinated energy drinks. It contains a number of ingredients like caffeine, erythritol, taurine, and others.

This product has 200mg of caffeine and 0.15g of carbonate. Citrus flavor dominates the flavor profile. This is the greatest option if you’re looking for an energy drink without sugar. The increased levels of inoltisol are beneficial to mental health as well.

It has no sugar, no calories, and 300mg of caffeine and comes in 22 flavors. Drinking this high-octane energy drink helps improve focus and concentration. If you’re concerned about your caffeine intake, the safest course of action is to abstain from alcohol entirely. Or, more accurately, the suggested dosage is printed on the container’s surface for easy reference.

It provides 250mg of caffeine, 24g of sugar, and 250 calories. Vitamin D added to this drink helps keep one’s head from fogging up all day long. The use of this beverage should be limited to moderate amounts.

It has no sugar and it helps you enhance your performance and feel fresh. Together with its caffeine content are carbs, antioxidants, minerals, and vitamin B. Interestingly C4 doesn’t have any preservative or any artificial flavor and this has made it popular among athletes that need to improve their performance.

The likelihood of weight gain from drinking an energy drink is directly related to the number of calories included inside the drink, and the vast majority of energy drinks have a high number of both sugar and calories. That’s why consuming excessive amounts of sugar and fat can lead to weight gain. The opposite is true; drinking an energy drink will make you hungry and lead to a higher calorie intake, making it impossible to lose weight. There’s a chance this could cause some people to put on weight.

There are various types of carbonated and non carbonated energy drinks out there knowing what you want will help you make the right choice. Remember that the best energy for people will be non–carbonated and at the same time with a punch. And even though you choose to consume a non carbonated energy drink, you should drink it moderately considering the number of caffeine each contains. As much as you want to quickly boost your energy through an energy drink you should also ensure you don’t exceed the daily consumption recommendation.