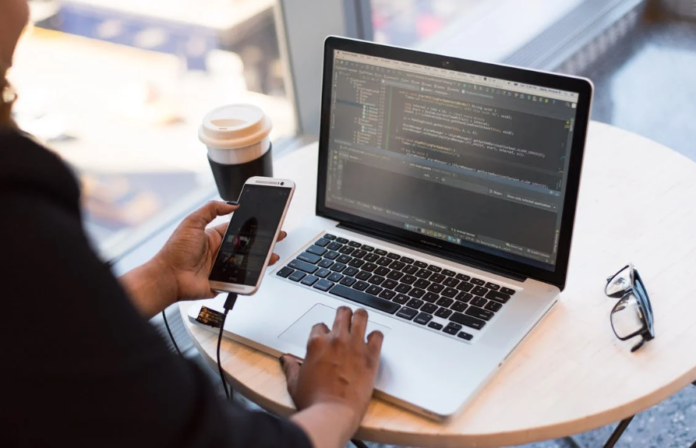 When it comes to mobile application development, there are two major players in the game right now. There’s Google’s Flutter framework and Facebook’s React Native library, and they both have their pros and cons, though not necessarily the same ones. In this article, we’ll take a look at each of these libraries and offer some insight on when you might choose one over the other.

Flutter makes it easy and fast to build beautiful mobile apps. It works with existing code, the developers and organizations from all over the world will use Flutter because it is free and open source. With Flutter, you can build native interfaces for iOS and Android from a single codebase in record time. All Flutters applications run on a single binary file, making deployment easy—you just upload it to your app store! Flutter gives you complete control over your application; it will work with today’s evolving mobile architectures that rely on the dynamic loading of features at runtime via native packages or JavaScript modules.

Developed by Facebook, React Native gives you a way to use Javascript and build native apps across platforms such as iOS, Android, and Windows Phone. Originally released in 2015, React Native has gained popularity because of its similarities to Facebook’s flagship framework – ReactJS – which was used to create user interfaces on websites like Netflix and Airbnb. While it doesn’t have quite as many developers as Google’s Flutter, it’s an easy way to learn native programming that can help build your skill set in web development or programming with Javascript. Plus, if you already know JavaScript or NodeJS, getting started is fairly straightforward because you only need a few additional tools to get going with a mobile app!

If you’re looking to create a mobile app and have been considering building it with native code, or have been considering switching from native to cross-platform (Xamarin, Cordova, Ionic), there are several options to choose from. Let’s look at one option, in particular, Flutter and its main competitor, React Native to see how they stack up against each other and what should be taken into consideration when making your decision about which framework to use for your next project. We also provide some insights on three other platforms worth considering as well – Xamarin, Ionic, and Angular/Cordova hybrid. If you need help deciding between these frameworks reach out @MobDevKit on Twitter! We’re glad to help!

Both technologies have their pros and cons, but if you’re still trying to make up your mind about which one to use, we can help with a bit of comparison between Flutter and React Native! The first thing you need to know about both of these options is that they are not exactly similar; rather, they are more like tools in a toolbox—you will be able to find lots of different projects that have been built using either technology. On top of that, both platforms have unique aspects that might or might not match your specific needs.

Both Flutter and React Native are unique in their own ways when it comes to handling cross-platform development. However, Flutter has two advantages over React Native that may ultimately make it a better choice. Firstly, Flutter allows developers to write code using JavaScript as well as Dart and then compile it into native code on each platform.

Before you choose an app development platform, take a look at what other businesses are already using and how it aligns with your company’s goals and values. If your organization has specific needs, evaluate each framework’s ability to meet them head-on; many platforms support niche markets, like gaming or augmented reality, or give developers the flexibility to create bespoke solutions. For example, Apple allows developers to build on its ARKit platform and incorporates extra sensors into devices such as its watch series.

If you’re looking to start building a cross-platform mobile app, there are two main frameworks to choose from Flutter and React Native. While both are powerful tools in their own right, they each cater to different types of developers—and have different strengths and weaknesses that determine which one is right for your next project. To help you decide between them, we’ve put together a guide breaking down Flutter vs. React Native and analyzing how each stacks up against one another in terms of ease of use, performance, community support and more! Check it out here or read on below!

When you’re ready to design your app, remember that it’s not just a website in mobile form—it has its own unique set of rules and potential issues. Google has published an extensive guide on designing mobile-first apps. In particular, think about what to do if your users are offline or if they’re on slow connections (or both). If your product relies on being online, you have additional considerations around bandwidth usage, latency and performance to be aware of as well. And whatever you do, don’t trust everything you read online—before moving forward with any decision or design idea it’s important to test things in development environments like staging or QA to make sure there are no surprises when it comes time to launch!

It’s one of many options available to developers today, and it has quickly become a top choice for mobile app development thanks to its ease of use and feature set that includes Hot Reloading, third-party integrations, building UI in code or design tools and more. Flutter allows cross-platform apps developed. Using Google’s open-source toolkit to be compiled from code written in either Dart or Kotlin (Android Studio) into native applications running on iOS and Android platforms with no additional wrapping. The same platform APIs are exposed across all supported platforms, which allows developers to work with a familiar API surface area regardless of their target deployment platform. The business case between Flutter vs.

With Flutter and React Native being relatively new frameworks, some companies have found that. switching to them has introduced a few additional security and stability concerns to their app or website. This isn’t as big of an issue as it may seem, but you should. Definitely be aware of it so you can take action quickly if something does go wrong. As we mentioned earlier, Flutter seems to be much more reliable when compared to React Native. However, newer doesn’t always mean better. In fact, in many cases (especially in technology), it means just the opposite!

Developer Experience in Comparison with Other Solutions

It’s now obvious that companies are striving hard to make their mobile apps available across all platforms. And achieve business goals from every possible device and screen. So, developers are currently rushing toward mobile app development tools. Which allows them to create a single codebase for multiple platforms like iOS and Android. Some of these cross-platform tools have been around for quite some time now and one such tool is Xamarin. Flutter, on other hand, has risen like a Phoenix (well not really…) out of Google’s ashes just recently.
Not only must you choose the right framework for your project.
You also need to determine how the framework will evolve. Time as you decide which framework is right for your project.

Google did launch Flutter which is an open-source mobile app SDK and reacts native are competing cross-platform development tools. Has a strong presence in today’s mobile apps landscape. Both technologies are being actively used by developers to create native-like. Applications in both iOS and Android platforms using a single codebase. While react-native has been around since 2015, Flutter became available only recently in 2017.
After Google announced it as the best way to build high-quality apps. Android and iOS, but what makes Flutter better than react native in 2019? Do you want to learn about Flutter vs React Native differences or comparison between these two emerging frameworks? If yes then keep reading!

Flutter vs react native comparison can remove your confusion.
About choosing the right framework if you want to develop an app and do not know what to use.
With Flutter and React Native being relatively new frameworks. They have added some additional security for some companies. Their app or website is now more stable. This isn’t as big of an issue as it may seem, but it is something you should know about. If something does go wrong. As we mentioned earlier, Flutter seems to be much more reliable when compared to React Native. However, newer doesn’t always mean better…in fact, in many cases (especially in technology), it means just the opposite!

It’s one of many options available to developers today. and it has quickly become a top choice for mobile. App development thanks to its ease of use and feature set that includes Hot Reloading. Third-party integrations, building UI in code or design tools and more. Flutter allows cross-platform. Apps are developed using Google’s open-source toolkit to be compiled from code written in either Dart or Kotlin (Android Studio). Into native applications running on iOS and Android platforms with no additional wrapping. The same platform APIs are exposed across all supported platforms. This allows developers to work with a familiar API surface area regardless of their target deployment platform.

How are XaaS models changing the future of outsourcing?

How Can Smart Homes be Beneficial for You?