Makkah: A Mystical Site for Sure Acceptance of Prayers

Dua is an inseparable and integral part of a person’s life. It strengthens our faith and belief in our Almighty Creator. In simple words, it means communicating with your Creator or some supreme being. It’s a staunch belief stitched into the hearts of Muslims that nothing in our material fleeting life can turn our painful challenges except the prayer or Dua we make before our Supreme Allah (SWT). It is highly advised never let your Imaan loosen on Allah (SWT) and never stop asking for his clemency and forgiveness for you, your fellows and the whole Muslim world.

What is the best time or place of making Duas with teary eyes other than the glorious Holy Kaaba of Makkah Mukarmah? It is the place where the Hajj and Umrah are performed. These are the most significant events which are brimmed with unimaginable spiritual rewards, perks and blessings. These events also enable the Haajis and Umrah visitors to explore the hidden spiritual secrets and never fully known beauty of the Islamic locations

Spiritual Significance of the Holy Kaaba

The words are never sufficient to explain the Rehmah or the spiritual significance of this more than enchanted Muslim site. The Holiest Makkah city is an unmatchable spot even in this entire world with an inimitable spirituality. This city is even distinct from its twin Madinah city because many virtues are associated with it. Moreover, it is also declared in Prophet’s (SAW) words that

Moreover, it is the place where the rewards for the minute good deeds are rewarded multiple times.

A Place for Chosen People

The heart of every Momin pumps with an utmost desire to set his foot in this Earth’s holiest site at least once in his/her lifetime. But everyone can’t make it. Therefore, it’s true that Allah Almighty allows his chosen followers to soothe their hearts and souls with the exalted spiritual scenery of the Holy Kaaba.

An Ultimate Advice for Umrah Pilgrims and Umrah-Wishers

Indeed, Allah (SWT) is the most beneficial and the most merciful Creator. He is our ultimate guide, the sincere most friend and the greatest benefactor. Everything moves around his decrees and will.  They are all-knowing and all-controlling. He calls to his path whoever he wills. He invokes whomever he wants, to feast his eyes with the blissful sight of his Divine House.

Therefore, it is advised to make duas as much as you can if Allah (SWT) has chosen you to land your feet.

However, if you cannot make for your divine wish, it is the ultimate advice of never losing hope. Always keep your heart contented and always be desirous to visit his House. Open up all your heart before the Almighty Creator. Never forget to ask your fellow Umrah pilgrims for Duas. Because the desires and prayers opened up before the grand holy Kaaba are undeniably get accepted.

Furthermore, for the Hajj or Umrah intender, it becomes a sort of obligation to make duas for his ailing and worried fellas. Allah (SWT) extends his blessings and pleasures upon his kind-hearted and good-intentioned person.

Places in Makkah (Haram) where the Duas Get Accepted

Without any doubt, Makkah Mukarmah is a highly auspicious and commemorated place on this entire Earth. It envelopes the streets that contained the footprints of the Holy Prophet (SAW). It is the place from where the Muslims were blessed with the most decent and authentic religion, Islam. 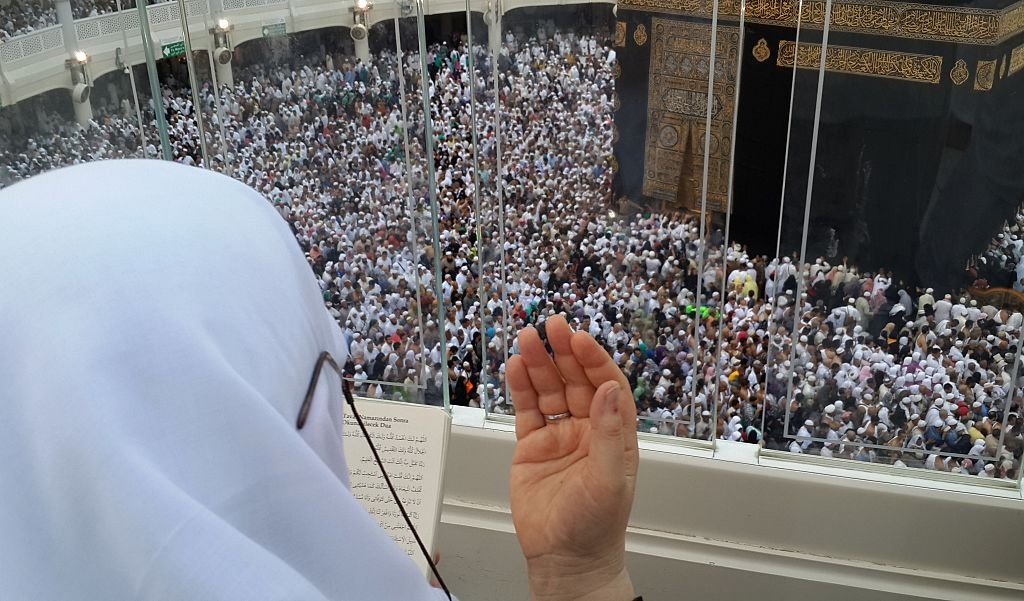 Being a Muslim, it is our staunch belief that the duas uttered in this holiest city are not turned down. However, there are some certainly specific and spiritually distinguished sites in Haram around the epicenter Kaaba, where the supplications are surely listened and accepted.

Make supplications to your lord slavishly. Immerse yourself fully in the tears of Allah’s love and his fear. If you are on your Hajj or Umrah itinerary, then never forget to make duas for your fellas and family at the following places.

Inside the Holy Kaaba

The inside of the Holy Kaaba is the most canonized part of the Haram. Nevertheless, according to the Saudi rules and policies, this immensely special portion is never assessed by the common Hajj or Umrah pilgrim. This most sanctified internal part is reserved for immensely special people under special circumstances. The gates of the glorious Holy Kaaba are opened twice or thrice a year for the cleaning purpose by the Saudi King himself.

However, you can make duas in front of or before the Kaaba as much as you can

It is the white area of an enchanted Haram. It is the sacred place where the luckiest Muslims complete their seven circles around the Holy Kaaba.

The Holy Square of the Kaaba has four sides. One side is known as Multazim. When you touch or see these four sacred corners of the Black Square Structure, never forget to ask the mercy of your Supreme Forgiver. Your Dua would surely get accepted.

It is the place between the doors of the Holy Ka’aba and Hajar e Aswad. It is one of the golden times and sites of acceptance of duas and desires. The word Hatweem also means “the smasher” because it smashes the major and minor sins of the pilgrims who visit there. So as the meaning of the word clearly indicates the significance of duas uttered at this incredible place.

It is the inimitable spot where you would eye throngs striving to cling to the curtains of the Kaaba. It is called the Smasher because it is said that, it is the place where our first prophet Adam (AS) was forgiven for his sins.

It is the corner of the Holy Kaaba that points towards Yemen. The supplications are surely accepted when the pilgrims pass through this side of the Kaaba during the Tawaf. 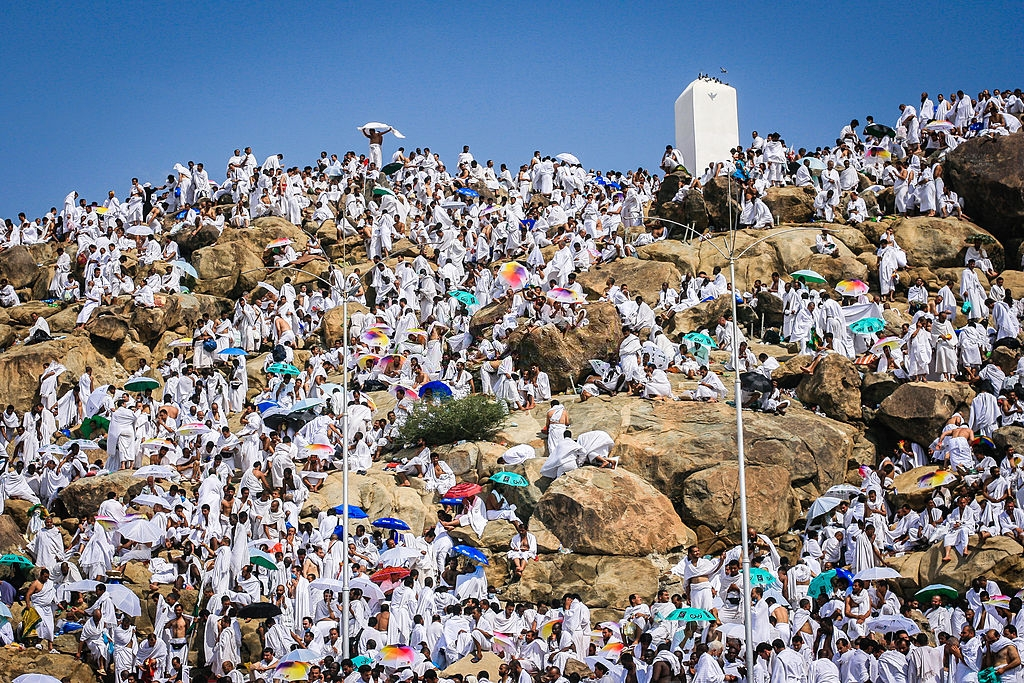 The Dua uttered with the pure heart is not rejected here. Moreover, it is the command of Allah (SWT) for the Muslims to offer Nawafils or Salah behind the Maqaam e Ibrahim and supplicate for themselves.

These are the two small Hills which are situated in Masjid e Haram, near the Kaaba. It is the place where the Muslims complete their Umrah/ Hajj step of Sa’e, i.e. running/ moving between Safa and Marwa. These sacred hills are related to the reverential personalities of Ismail (AS) and his mother ( Hajara). This sacred allusion makes this a more significant place for the acceptance of duas and Ibadah

Zam-zam water is the Saudi Spiritual Souvenir. Millions of Muslims take this holy beneficial water for their families and friends at home. Pipelines are installed underground to obtain this Holy water from the Zam Zam Well to supply it in the whole Haram.

Whenever you drink this beneficial water make dua for your sound health.

It is the ground where the last messenger of Allah ( SWT) Prophet Mohammad ( SAW) stayed. On every 9th of Dhul Hajj, the Muslim pilgrims gather on this land and supplicate to Allah ( SWT) and their prayers are granted. The supplication made exclusively on the Day of Arafat is surely accepted by Allah (SWT) because the Holy Prophet ( SAW) has directed his Ummah to make Duas as much as possible on this remarkable day of Arafat.

It is an open area where the Haajis arrive after the sunset from Arafat on 9th Dhul Hajj. During his farewell Hajj, the Holy Prophet (SAW) offered the two prayers of Maghrib and Isha together at Muzdalifah. It is also a place for the acceptance of our duas

According to Imam Abu Hanifah, the first glance at Kaaba is the first most powerful time of dua acceptance

It is another point of dua acceptance. It is the Sunnah of the Holy Prophet ( SAW) to pray at this place. As he ( SAW) himself made a lengthy dua during his stay at this place.

The Best Places to Visit for New Year’s in Canada