Enjoy thrilling desert Safari activities during your Tour to Rajasthan

The beauty of Rajasthan’s desert area

Desert regions have a beauty of their own. Surrounded by golden forts and castles, The Great Indian Thar Desert of Rajasthan is a fancy tourist spot. The cities of Rajasthan that offer amazing desert-centric recreational activities are Jaisalmer, Jaipur, Jodhpur, Udaipur, and Bikaner. 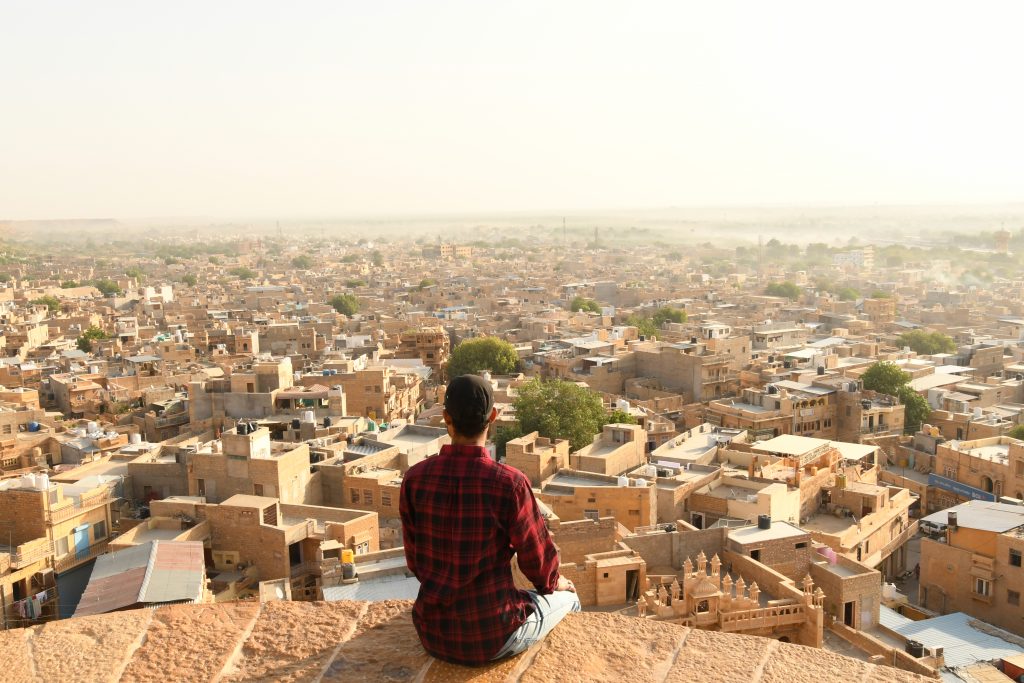 The Great Indian Thar Desert is a wide-ranging natural ecosystem that surrounds a unique habitat. The Thar Desert of India is bounded the Great Rann of Kutch, the Aravalli range and a part of the Indus river.

This unusual combination of all-natural factors makes the Thar desert a zone of exotic conditions with beautiful wildlife and vegetation.  The great Indian Thar Desert offers a kind of scenic beauty that cannot be found anywhere else in India. The vast stretch of the chromatic golden desert has many enchanting features.

The great sand dunes shift places on a daily basis and the desert sand is always seen to be overdrawn in a wave-like pattern.

The Thar Desert comes to life in all its glory during sunsets. The silhouettes of camels, with the fiery sunset as its backdrop, make a quality scene for photo shoots and movie scenes. 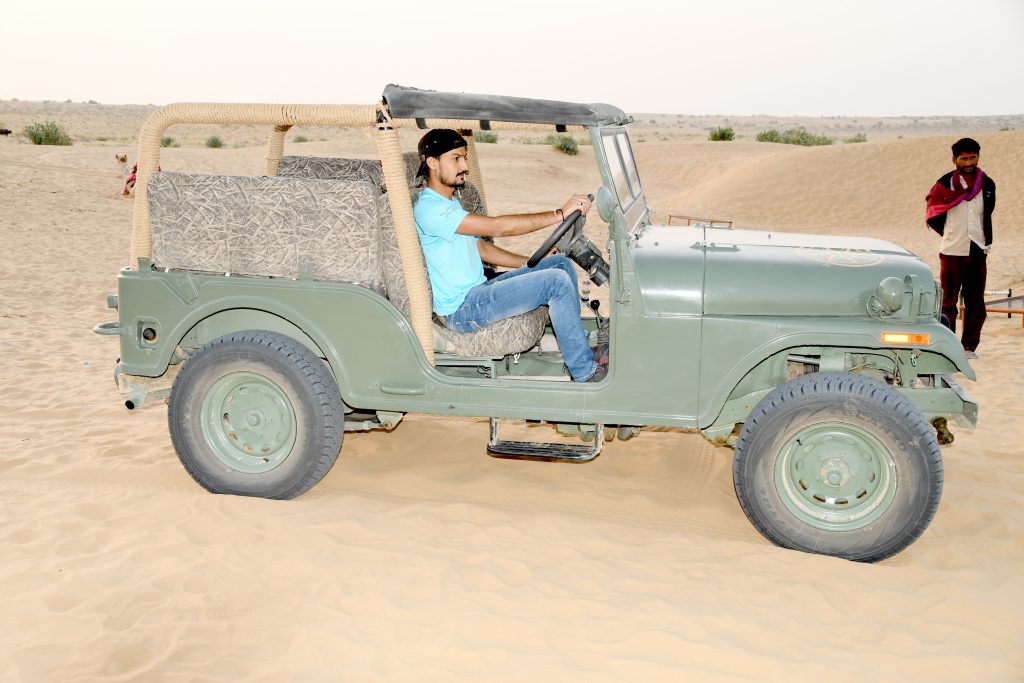 The tour operator in India has many Rajasthan tour packages that center on the great Indian Thar Desert. The native people of the desert area have adapted to the harsh climatic condition.

They have come up with numerous wonderful techniques to not only survive the Thar but also revel in its vibrant ecosystem.

Rajasthan tourism packages provide many customized travel plans that include camping in the desert. Camping at the Thar is an exotic affair with many thrilling desert safari adventures awaiting you.

The city of Jaisalmer is often considered to be the most suitable spot to begin your desert safari tours with.

This city is full of ancient forts and palaces built of chrome yellow sandstones that impart an aura of a mystic civilization.

Every year thousands of tourists flock to the annual desert festival organized in Rajasthan. As the name suggests, this cultural fest celebrates the inherent culture of the Thar. The rich and vibrant Rajasthani folk culture is brought forth before the world through their folk dances, folk songs, and Rajasthani musicians.

The traditional art of puppet shows is also conducted on a large scale during this festival. Many regional artisans sell Rajasthani craft and artwork. 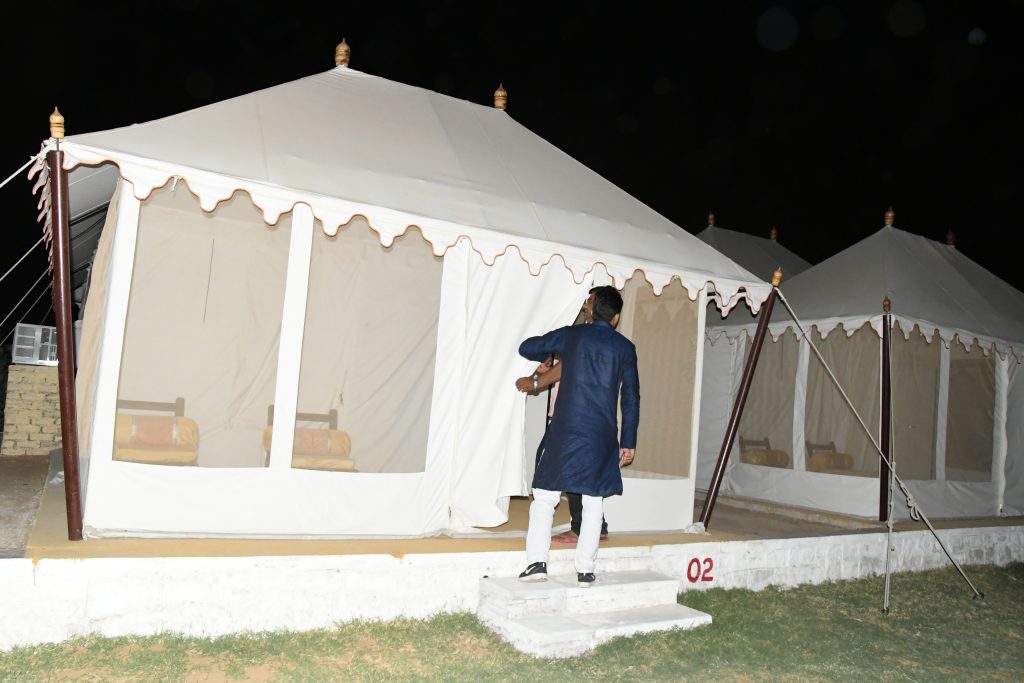 Some night safari camps take place on full moon nights. The participants get to marvel at the beauteous landscape while enjoying bonfires and barbecues.

The desert safari tours held in Osian, Jodhpur include not just camping but carnivals too. Rajasthan tour packages promise to transform your stay at Rajasthan into stories from the Arabian nights.

The tourism agencies in India utilize the Pushkar camel festival and set up many camps around the area. Camping at Pushkar comes with a marvelous opportunity to explore the interiors of the golden Thar region via camel safari.

Camel safaris and other flamboyant festivals and tours 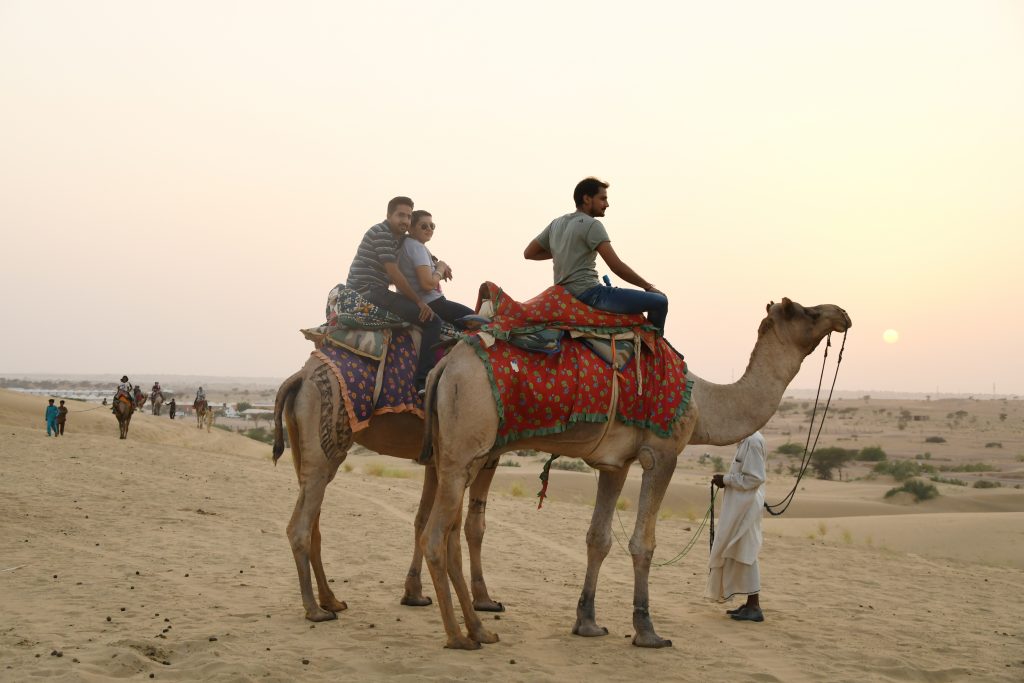 Camel safaris are an essential part of the Thar Desert camps.  The camels can only cover the vast stretches of sandy areas.

The camel trade fairs at Pushkar celebrate the ship of the desert by decorating them in traditional embroidered Rajasthani covers. The camel owners also take part in so-called camel pageants; this exhibition of livestock is an interesting venture for the tourists.

Indian travel agencies have many such Rajasthan tour packages that involve more than half a month’s stay at the Thar with a collection of different safari activities to choose from.

Exotic Rajasthan tours consist of staying at luxurious tents with pools and first-class Rajasthani folk entertainment. Cultural Rajasthani tours include camping in primitive zones and going around the native villages of Thar through camel safaris. Another tour package includes the wildlife tour.

This consists of visiting the wildlife sanctuaries of Rajasthan that houses many endangered birds and animals unseen to the human eye. It also provides a tour to ecological reserves that contain rare plants and shrubs that are only found in that particular region of the subcontinent. Read about Bali Tour Packages.

6 Essential Tips You Should Know to Organize Your House Move

Everything You Need To Learn About Cloud Kitchen

Ready for Med Spa Facial? Know Its Benefits on Your Skin Health

How can I become a successful real estate agent apart from having skills?

How to Develop an Effective Retail Branding Strategy?

How to Install Lithonia Track Lighting